Will electric scooters build a successful foundation for electric mobility in India?

Renewable energy is becoming more important every day in today's consumerist culture because it is a requirement with limitless potential. The aim of carbon-neutrality can be attained with this energy source, which means that this system will not emit harmful particles into the environment. Electric Scooters and electric motorcycles, for example, are attracting a large number of purchasers in India who wish to help combat climate change. According to experts, India's people are making a significant contribution to the fight against global warming and climate change in this way.

In India, there is a middle-class family, comprising a vast majority population, who requires a two-wheeler mobility system, in addition to transport vehicles. Two-wheeler electric scooters and e-bikes fill the demand comfortably for the middle-class people as they are cheap and require minimal maintenance, unlike traditional bikes and scooters.

In this blog, we'll look at whether Electric Bikes are a successful platform for electric mobility in India.

What are electric scooters?

Unlike traditional internal combustion engines powered by expensive fossil fuels like petrol and diesel, electric scooters use a DC motor that is driven by electricity. The type of battery utilized in electric bikes and e-scooters can be either VRLA or Li-ion (there are other types of batteries as well but VRLA and Li-ion are the most common). Li-ion batteries are more expensive and efficient than VRLA batteries. This is because the Lithium-Ion battery keeps its own electricity; it has a low rate of degradation.

Will electric scooters build a successful foundation for electric mobility in India?

In the future, the Electric Scooter will be the most advantageous form of electric transportation in India. This is due to the rising cost of oil, as well as the development of the middle class and the problem of pollution, which the government is attempting to address by subsidizing the purchase of e-scooters. The union government has already implemented several programs to boost the mass adoption of electric vehicles in the country.

The primary advantage of an electric scooter is that, unlike ICE cars, it does not pollute the environment. At the same time, it will cost less to maintain than a petrol-powered scooter. An electric scooter can only travel a limited distance based on the power of the battery. On average, most Electric Bikes in India have a mileage of 90-100 kilometers, which is considered a good mileage. 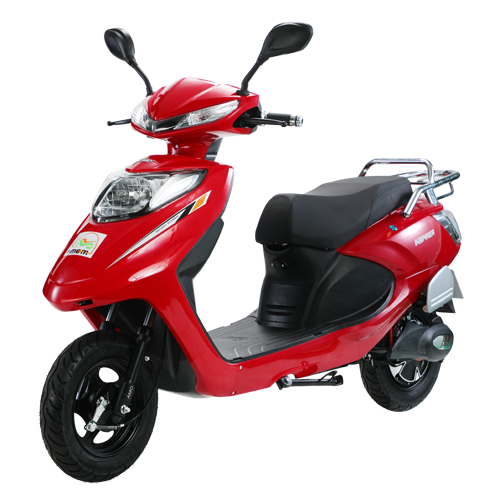 In 2021, electric two-wheelers grew by a remarkable 132 percent, but 2022 looks to be even better. The increasing demand is comfortably feeding the growth and innovation in the mobility sector. Hence, it will not be wrong to say that e scooty and electric bikes will build a strong foundation for e mobility in India.

What are the advantages of electric scooters?

A. Saves the environment from pollution: Electric scooters help to reduce pollution by contributing to zero-emission solutions. It does not release harmful gases into the environment.

B. Easy to maintain: Electric scooters have fewer mechanical parts and components, making them easier to maintain. Moreover, unlike traditional scooters, it is considerably more simple and minimalist. As a result, electric scooters require less maintenance and servicing.