The Indian EV industry is on life support

Can you imagine electric vehicles not gaining prominence in the market after such pomp and show? well, that might end up being true owing to the withdrawal of numerous schemes and benefits related to EV purchase. It is reported that many state governments are withdrawing the beneficial incentives that drove people into buying EVs. Such measures are triggering a massive drop in EV sales and thus harming the prospect of a greater good.

Subsidies were crucial in the early rise of EV adoption in India. The subsidies or incentives benefited both manufacturers and consumers. Many experts termed these subsidies major life support for the whole EV industry, which is still at the embryonic stage. Manufacturers are in a state of flux as many state governments consider removing electric vehicle incentives, which might result in a large loss in income and profit.

The emergence of Electric Vehicles in India:

The sixth annual report of the Intergovernmental Panel on Climate Change (IPCC) stated how human activity is the most influential driver behind adverse climate changes. Rising temperatures, floods, droughts, melting ice caps, rising sea levels, etc are all a result of human activities.

The World Health Organization claims that India has the worst air quality among the various countries around the world. Even in 2020, when national and state lockdowns were in effect, 36 out of 50 cities having worse air quality belonged to India. The pollution caused by private and commercial vehicles was a reason behind the rising pollution levels. In addition, over two-thirds of the death in India gets the reason by unhealthy air quality.

All such conditions led to the emergence and acceptance of Electric vehicles. Electric vehicles are a greener option that has lower carbon consumption and inflicts negligible harm to the environment.

Many EV manufacturers have flourished in India due to government subsidies while consumers remain equally curious about the new and futuristic type of mobility. Amo Mobility Solutions, for example, has launched a series of cutting-edge electric two-wheelers (e bikes and e scootys), which are very appealing in design and come with low operation and maintenance costs.

Actions by the Indian Government to implement Electric Vehicles:

The central government of India announced its goal to conduct a complete shift from petrol or diesel-run vehicles into one that runs on electricity by 2030. Besides, using electric vehicles, India would also turn into a global hub for manufacturing electric vehicles. 2019 saw the adoption of FAME II i.e. Faster Adoption and Manufacturing of Hybrid and Electric Vehicles to take a step towards the greater goal. The umbrella policy is for meeting the incentive requirements of EV users in India. While 86% of the money goes towards funding incentives, 10% goes towards solidifying the charging infrastructure. 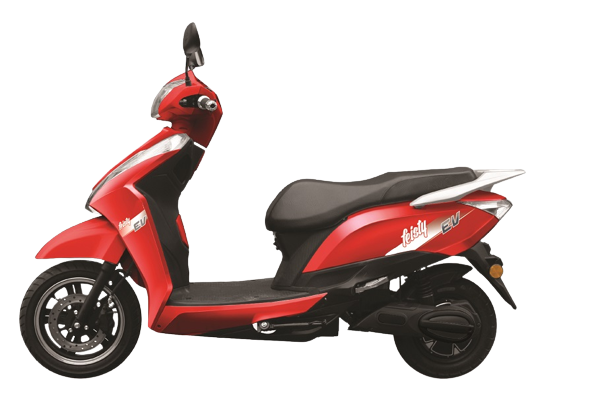 Gujarat flaunts its initiative to have 1 lakh electric vehicles on road by the end of 2022 which would include 80,000 2W vehicles, 140,000 3W vehicles, 1500 buses, and 4500 cars. People owing electric vehicles would enjoy a 100% exemption from registration fees and 50% lesser motor vehicles tax expenditure. Charging from the public electric vehicle charging stations would be free of cost.

Things were flowery for the electric vehicle buyers with all the incentives and tax exemptions in place. Nevertheless, the arrival of withdrawal symptoms appeared to be a jolt to them. On March 31, the ministry of New and renewable energy announced the withdrawal of all incentives related to EVs. The withdrawal inflicted massive harm on the EV sales where the manufacturers claim to have lost 70% of their business in the last three months.

Some manufacturers claim to have lost deals with around 250 dealers as a result of such discontinuation. The manufacturers appeal to have at least Rs.50 to 60 crores for the subsidies of EV buyers.

The sudden withdrawal of all incentives for EV cars by the Delhi Government has put the industry on life support. Provided the other states follow suit, the industry will come to an end without a proper establishment. Continuing the incentives and tax benefits is a necessity now, keeping in mind India’s goal to be a carbon-free state and electric-vehicles state by 2030. Such dreams won’t be possible as long as the citizens do not get financial benefits from the governmental authorities.

You can also visit at:- https://urlzs.com/kY2S6