Are electric bikes the way of the future?

The world is unquestionably on the brink of the greatest automobile revolution in history. The age of usual automobiles and their connection with fossil fuels is heavily criticized nowadays. The reason is obvious. Heavy pollution and rising prices of fossil fuels are making both the consumers and the government wary of automobiles. The 2015 Paris Climate Summit, attended by all the global leaders, has given rise to new alternatives for automobiles that was never seen before. It was the start of the electric automobile revolution, which many experts anticipated would prosper in the future. There was a rush of Electric Bikes in the market soon after. In 2022, Electric Bikes in India is now dominating in many parts of the country.

But, are electric bikes the way of the future? Critics will always find reasons to refute the excitement around electric vehicles in India, but the truth is that they continue to satisfy customers who want something that is simple to operate and maintain at a low cost.

Are electric bikes the way of the future? EV Facts:

Electric bikes, unlike conventional petrol bikes and scooters, are powered by electric energy which is considered the best alternative for mobility in the present era. The electric energy derived from the power of the battery and motor is largely seen as potent clean energy that can eliminate the usage of fossil fuels in the world. 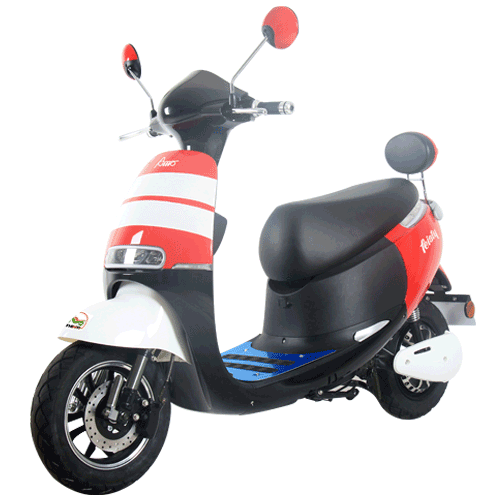 As technology gets more advanced in times, Electric Scootys are also getting more advanced features. Many manufacturers have embraced the use of cutting-edge electronics in their e-bike models to improve riding performance and customer satisfaction. The use of such electronics has mainly improved the following things.

A. Safety: Safety is always the top priority for consumers while buying electric bikes in India. The increased number of accidents and theft of vehicles is the major driver for enhanced sensors in electric vehicles. The adoption of side stand sensors, speed-control systems, anti-theft alarms, and GPS-controlled vehicle tracking via mobile phones is becoming increasingly common in the latest models of electric bikes. Nowadays, there are sensors that can easily detect anomalies in vehicles. Things like checking deflated tyres and water in the batteries or electrical chamber can be easily performed by sensors.

B. Entertainment: Then, there are electronics and sensors that are built to enhance the riding experience through entertainment. Next-gen Electric Scooters are designed in such a way that you can easily integrate your mobile phone to listen to songs, map your journey, and even call your friends and relatives while driving.

C. Comfort: The use of electronics is also seen as a good thing for improving comfort. New-age sensors can help with seat adjustment, easy tracking of parking facilities, and easy networking with fellow battery bikes.

Electric bikes in India are way cheaper than traditional bikes:

The main reason why battery bikes are becoming the way of the future is that you are saving more money with them. The ever increasing petrol prices have already dented the future of ICE or petrol vehicles in the country where a majority of consumers are budget-oriented.

Electric bikes and scootys help consumers save money by having low maintenance costs and eliminating the need to recharge with pricey petrol. It is estimated that riding an e scooty costs a tenth of the cost of riding a petrol bike.

So, considering these points, one can certainly say electric bikes and E-Scooters in India are becoming a potent mobility alternative, and perhaps, the way of the future.